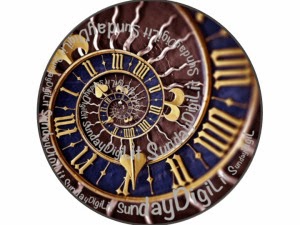 I love that Margaret Simon has started a Sunday Link Up for posts about digital literacy at her blog to challenge us to share our technology journeys.

We're reading and writing around the theme topic SOCIAL INJUSTICE now in my 6th grade class.  A Long Walk to Water is our read aloud, and students chose from the following books to read in small groups:  Bamboo People, Words in the Dust, Esperanza Rising, Shooting Kabul, Boys Without Names, and Diamonds in the Desert.  They are also reading and watching short texts.  One of the things I asked them to do for homework last week on Google Classroom was to watch Malala's Nobel Peace Prize Speech after reading an article in Scope Magazine on her in class.  Because it was a long speech, I didn't want to assign anything lengthy for a written response.  However, I wanted them to capture her main points and respond to them.
When I watched it while preparing for the assignment, I noticed there was the hashtag "THE LAST" at the bottom right of the screen.   My students use hashtags all the time in their social media.  Why not capitalize on that phenomenon - after all, it's a summary/main idea, isn't it?  Therefore, I asked them to comment after watching by coming up with a new hashtag that would summarize her main ideas and support it with evidence from the video.  I think they did a great job capturing the spirit of her message:
#SpeakOut I chose this because she says in her speech that "young girls like me need to use their voice and freedom to help others." She also said in her speech that " We need girls to be educated and smart to help them speak out against injustice."  - Daniel
The hashtag that I would use to describe this speech is #LetUsBeginThisEndingNow because in Malala's speech, she states as the conclusion "Let us begin this ending now!" I have found that the conclusion of almost every piece of text is the most powerful sentence(s) in the entire speech, article, etc. And her speech is no different. She uses words such as 'begin' and 'ending' in that last sentence. These are usually opposites, but she puts them together to create this powerful ending. It leaves you wanting to help make a change and take a stand, so that no one should ever be forced to be silenced again. Also, Malala says "Let us begin this ending now!" more than once, so she is clearly wanting you to remember that set of words, in hopes that you will rise and create a better future for all of the women, children, and even some men in these developing countries, everywhere.  - Jaidyn
I think another hashtag would be #listentothetroubled . I think this because in her speech she says "It is for those forgotten children, who want education. It is for those frightened children, who want peace. It is for those voiceless children, who want change. I am here, to stand up for their rights, to raise their voice." and than I feel that these few sentences are powerful, and it draws peoples attention to those millions of troubled children, and to listen to the problem at hand. Malala speaks for these children, and even dedicates her award to them. The powerful rulers who were there, can hear them out, and it is them, who will make the big difference.  - Lily
#WHYISIT because the speech says, " Why is it, that giving guns is so easy, but giving books is so hard?" And, " Why is it that building tanks is so easy but, building schools is so hard?" I chose #WHYITIS because Malala, and everyone else want to know, why is it?  - Megan
#TheBrave - I chose #TheBrave for a hashtag because Malala is so brave for standing up to Taliban even after getting shot. She said that it only made her braver. She also said, "I do not only speak for myself. I speak for the 66 million girls who do not have a right to education." I think that makes her so brave because she also said, "I had two choices. One was to stay silent and wait to get killed. The second was to speak up and get killed. I chose the second one." That makes her so brave, risking her life to stand up for what she believes in, to try and get children a right to education, especially girls. - Olivia
#THEFIRST is the hashtag I would use. In her speech, Malala says, "In fact, I am very proud to be the first Pashtoon, the first Pakistani, and the youngest person to receive this award." Later in the video, Malala states, "It has become the first generation that decides to be the last to see empty classrooms, lost child hopes, and wasted potentials." I also think that education is finally changing and more children are being provided with better education. But more than that, I think that Malala is the first to be brave enough to stand up for her rights against an imposing group like the Taliban. - William
I love how they were different from each other, but they all got the central idea, were able to support it with direct evident, and most of them added their own explanation/response.
Posted by Holly Mueller at 9:51 AM