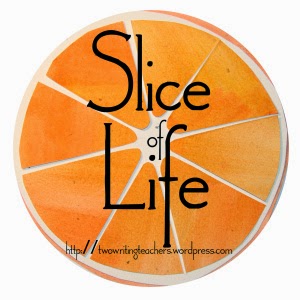 It's Day 1 of the Slice of Life Story Challenge, started by Two Writing Teachers.  This is my second year participating in the March Challenge.  Last year, I wrote around the theme topic of childhood memories.  It changed my writing life.  I enjoyed that so much that it was tough trying to think of a focus this year.  It helped me, though, to choose a theme topic, so I racked my brain.  It hit me when I picked up Oprah Winfrey's book, What I Know For Sure.  This book is a compilation of columns she wrote in response to film critic Gene Siskel's question, "What do you know for sure?"  I had my topic and my mentor text!  Now, do I know 31 things for sure?  We'll see... 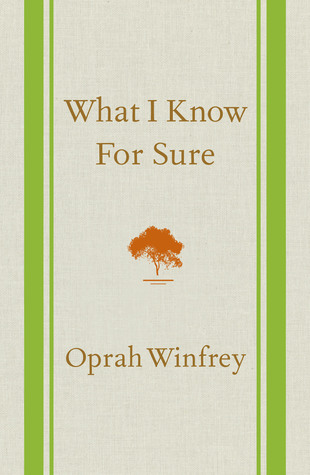 Last Tuesday started out as a terrible, horrible, no good, very bad day.  I woke up early in the morning in the throes of an allergic reaction that caused my lower lip to swell to three sizes its normal size, my right eye nearly swollen shut, and my torso, arms, and neck covered in angry, red hives.

And it was the first day of PARCC testing.

I was to watch the 15 or so 6th graders who opted out of the test and also conduct classes for my fifth graders  who wouldn't be testing until the following week.  My schedule was completely changed, and I wouldn't be able to have my normal ELA classes.  I also needed to drive up to Columbus (an hour and a half drive) to get my daughter in the afternoon to take her to a doctor's appointment an hour and 15 minutes away from Columbus, and back again - an equivalent of a 5 1/2 hour round trip.

And I looked and felt like I had been in a fist fight.

After popping a few Benadryls, my swelling came down a bit, and I tried to face the day as valiantly as possible.  The morning went okay - my fifth graders did a great job continuing their small group book storyboards to prepare for Animoto book trailers. They had to work on the floor because of the number of kids in my classroom, but it didn't deter them from working hard.  Katie and I had fun catching up with college news as I drove her to the doctor and then started back to OSU.

And then I got a flat tire.

I have a fair amount of skills and talents, but changing a tire is not one of them.  I was stuck in London, Ohio at a truck stop diner off of I-70 with no idea of what to do.  Of course, one of my first brilliant moves was to call my husband who was out of town.  What could he do for me?  Nothing, of course, but I needed to talk it all out.  Next, I called AAA. Why I thought that was a good idea since we don't have a membership, I have no clue.  The nicest  Triple A guy in the world answered the phone; instead of being exasperated for having no membership number, he helped connect me to a garage/towing company in the area.  When the first garage was closed, he came back on the line and reassured me by saying, "Don't worry.  I'm witcha!  I'll be witcha til I get somebody for ya!"  I sighed with relief!  He finally found someone to connect me with and wished me good luck.  I loved that guy.  He had connected me with a guy from a J & J Towing Company.

And he was on his way.

When he arrived, a big, burly man with a friendly smile and firm handshake, he told us to wait in the warm diner so we wouldn't get cold.  Katie and I watched as he put on my spare efficiently and expertly.  Katie, by the way, is an excellent companion in a crisis or negative situation.  She is always calm and positive.  As we chatted and watched, the guy (I wish I had listened better when he gave me his name!) put on my spare, but then he tossed my tire into his truck and drove away!  Katie and I looked at each other with alarm, and she said, "Did that just happen?!"  It's terrible that our first assumption was that he stole the tire.

And then he came back.

He had fixed my flat!  He said he didn't want me to have to stop somewhere else before getting safely home.  He had done what a garage would have done.  He also had me drive over to the air station at BP, and he put his own quarters in to fill the rest of my tires.  I offered to reimburse him, but he wouldn't take it.  He did all that for $60.

And we made it safely to OSU, and I made it home with no problems.

What I know for sure:  Guardian angels are for real; sometimes they're on the other end of the phone, and sometimes they're burly men dressed in coveralls. There are good people in the world who just want to help you out.
Posted by Holly Mueller at 12:19 PM